I leave for the airport in another hour or two.  I will pick Mike up this morning from under the Southwest Air Arrivals sign at DIA.  His Southwest Flight 4316 from Austin arrives at 10:15am and he should be standing there by 11am.

I’ll bring along a photo album of my 500 mile Colorado Trail hike with Rob from three summers prior for Mike to peruse on the drive to Buena Vista.  We’ll take Hwy 285 which I find more scenic than I-70.  The two routes are equidistant.  I plan to begin telling tales of the danger and pain that Mike can expect over the next week of backpacking.  For instance, I’ll inform him, “Trailheads invariably reside along creek beds so that, regardless of direction, you begin hiking uphill.  Your calves go numb after a half hour and never really thaw out the rest of the day.  Whatever remains of your burning thighs is completely shredded on the subsequent thirty minute downhill.  All you will think about for the next eleven hours is dinner to refuel your unsustainable calorie burn.”  Mike will no doubt attempt to change the subject but I’ll maintain this dialog the entire three hour drive to BV.  I’ll watch for the color to drain from his face when he spots the massive 14ers that will dominate our windshield coming down out of the canyon into BV.  I’ll tell him these are the foothills to where we’ll be backpacking on the Continental Divide Trail further west.  If Mike begins to feign altitude sickness, I’ll change the topic to dinner.  “Want to do Sushi tonight?  There’s a place on East Main Street called Asian Palate.  They pour a wicked Saketini.” 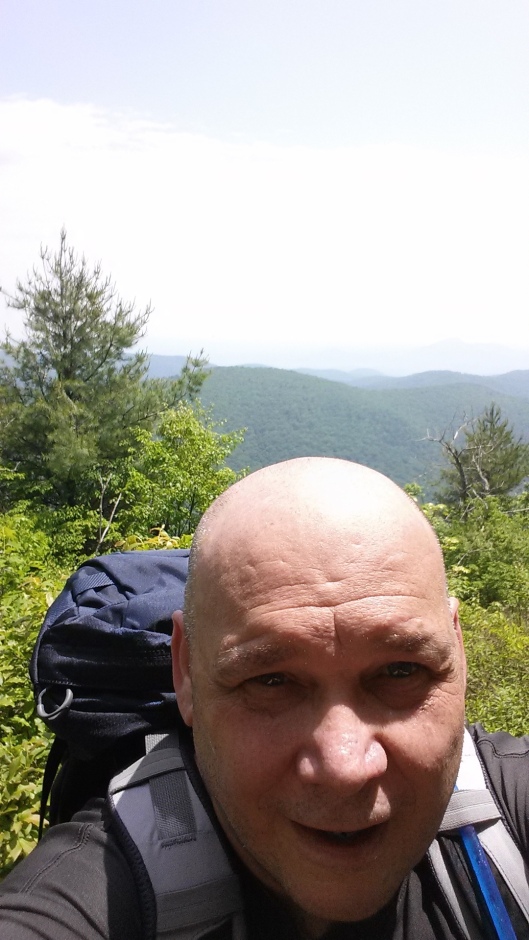 I would of course only treat a good friend so poorly.  I met Mike in 1976.  Both our families recently relocated to Texas for jobs.  Mine from Iowa.  Mike’s dad worked for IBM and they moved down from Poughkeepsie.  Nearly everyone’s parents worked for IBM in our high school as IBM was turning off the lights in their New York factories and joining the sunbelt, tech crowd in Austin.  We first met on the football team.  Then basketball.  Then track.  We both realized we weren’t big enough for Texas football and joined the cross country team our sophomore year.  Running turned out to be our sport as we lead our team to State our senior year.  Making state in Texas is like making global in smaller states.

Mike went on to UT but later joined me at Texas State to run Cross Country for a year.  I believe he double-majored in either accounting or finance and information systems.  Mike, Rob and I got into triathlons after college for maybe a year or two and trained together.  Mike soon married, had kids and moved to Atlanta for a job.  We went twenty years without seeing each other until my firm acquired an Atlanta cyber security company and I began to travel there.

We hook up with Rob (trail name La Plata until he completes the CDT) in BV.  La Plata has solo through-hiked both the Pacific Crest Trail (PCT) and the Appalachian Trail (AT).  He section-hiked the Colorado Trail (CT) with me over a six month period in 2011.  This new 80 mile section of the CT that we intend to backpack coincides with the Continental Divide Trail (CDT) along the western side of the Collegiates, so La Plata is killing two birds with one stone.  He’ll hike the section south of Monarch Pass earlier today while Mike and I are driving.

Rob moved to Texas his junior year, meeting Mike and me during our sophomore year – on the cross country team.  Both of Rob’s parents were IBMers.  Ironically, I’m the only one of us three to work for IBM now.  Perhaps not so ironic.  La Plata was an intense hiker even back then.  We nick-named him Trail Master during one of our storied camping trips to Pedernales Falls.  La Plata obtained his EE from UT and worked a few years for Lockheed before going back for a masters in education in physical fitness.  He married, moved around a bit – Seattle, then Portland – before settling in Colorado.  We’ve been hiking together since.  We always would say, “We need Mike to join us.”

Mike and I will find La Plata somewhere in BV.  We’ll shuffle his car to the trailhead atop Cottonwood Pass and descend back down to BV for dinner.  Mike and I will have lunched earlier on the road trip in Baily at Coney Island.  La Plata has a stealth camp setup near the Arkansas River where we plan to ensconce for the night.  Sunday, we’ll head for the Twin Lakes trailhead to launch an epic backpacking excursion.