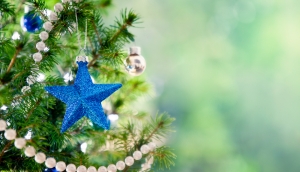 At the risk of sounding materialistic, I totally got what I wanted for Christmas.  Chad gave me a running shirt, hat and gloves.  The shirt is Under Armour Heat Gear, but it’s thicker material than my other two.  It doesn’t list the content but feels like a cotton/polyester blend.  I could wear this as a first layer on cold runs – probably when wearing only two shirts rather than three.  I should also mention the shirt is bright orange – not outside the color spectrum of Denver Bronco orange.  I did suggest bright colors in my earlier blog.  The gloves are in between the thicknesses I already have.  This gives me a total of four pairs of gloves now.  And the hat is definitely thick and heavy, but not fleece.  It’s less form fitting so I’ll have an air pocket between my head and the top of the hat which should keep me warm.

I’ve yet to wear any of my new gear.  I ran Christmas Day with Brit down on Lady Bird Johnson Lake in a cold, light rain.  This was several hours before receiving the new gear.  I still like to call this trail by its original name – Town Lake.  My old loop appears to have become a giant dog run.  I saw maybe a half dozen runners without a dog.  Of the two or three dozen runners with dogs, most had between two and four dogs running alongside them.  Despite the signs posted every few feet reminding humans to scoop the poop, no one did.  And nearly half the dogs were off leash despite the on-leash signs.  That’s the Austin I remember – where laws are merely suggestions.  City ordinances are more like guidelines.

The sky cleared today but it doesn’t look like I’ll run.  Too much to do.  I was invited by some of my college buddies to run on Christmas Eve but at 6am in the rain.  I’ve said this before – I’m a gentleman runner.  That’s a fair weather, never before noon kind of runner.  I hope to get back down to Town Lake one more time before heading home.  It’s amazing how little time I have for myself while on holiday.  But it’s all about family and I’m enjoying myself.  I got another cool gift – a pair of orthopedic house slippers designed to correct pronation.  Just what I need.  My plantar fasciitus still hurts like the devil and I’m hoping that a move to fully orthopedic footwear will aid my recovery.  Something has to give, I’m gaining significant holiday weight and need to be able to increase my mileage.

I’ve heard for every mile run, an angel gets its wings.  More importantly, a 180 pound runner burns 130 calories.  I bought myself a 99¢ iPhone food scanner app by daily burn for Christmas.  It tells you the calories and other nutritional information of foods by scanning the bar code with your iPhone camera.  You don’t have to actually take a picture – it’s extremely quick and easy.  My brother-in-law Steve turned me on to it.  Steve also advised me to drink this Sierra Nevada Celebration Pale Ale which scans in at 214 calories.  Dammit, that’s a big beer.  But tasty too.  Cheers!