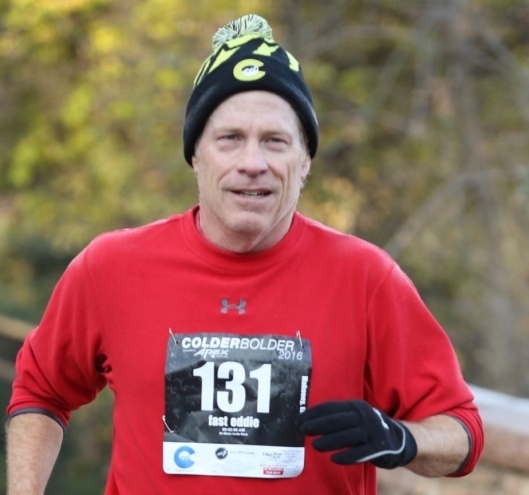 2016 was not my best year of running.  The trend away from fitness accelerated the last couple of months with only two or three runs per week, and shorter distances.  Work and the novel got in the way.  I’m not complaining, it was still an awesome year.  Published the novel and reunited with a sister I hadn’t spoken to for nearly thirty years.  2016 was awesome. And just when I thought it couldn’t get any better, I found my running stride again.

I gained over ten pounds near year end.  Personally, I like having a fuller face but my race times were suffering.  First year in seven that I haven’t run at least one marathon.  I determined to do something about that by registering for the Colorado Marathon in May.  Not only committing to a marathon, but I boasted I would run fast enough to qualify for Boston.  At altitude.

I started training Thursday with a twelve mile run.  It was harder than I expected but I’m not totally out of shape and was within my means.  Running twelve again on Friday was brutal.  There’s no recovery for old men.  I was nearly in tears by the end.  At home, I crawled up the stairs on all fours.  My plan was to run twelve miles for each of the five days remaining before I return to work.  I wasn’t confident after day two that I could run sixty miles in five days.

I went out today at 10am, in 32°, wearing a tech short-sleeve layered with a thick cotton long-sleeve, and shorts with a built-in liner to keep my weenie warm against the 4 mph wind.  I started to think about my next novel and outlined the first three chapters in my head.  The winter sun painted long shadows from cottonwood tree branches, lined across the trail like railroad ties.  With two miles remaining, I broke from the hypnotic spell to discover I’d found my stride.  On my third twelve miler, I was running fast again, strong to the end.

Unless you’re a runner, the feeling of striding fast and comfortable after two hours of running is hard to describe.  It’s not a hallucinogenic high, but it’s like an overdose on ecstasy, with dopamine spilling over.  It’s happiness.  It’s an exclamation point on a good year and a good sign for the year to come.