Jen started us out Friday in the Angel Fire Ragnar Trail Relay with a 3.5 mile run on the green loop.  As soon as she begins her run, the wind picks up and the skies open up with rain.

The rain stops as she hands off to Rychie for the 4.5 mile yellow loop.  We have perfect weather until we leave Saturday afternoon, twenty-four hours later. 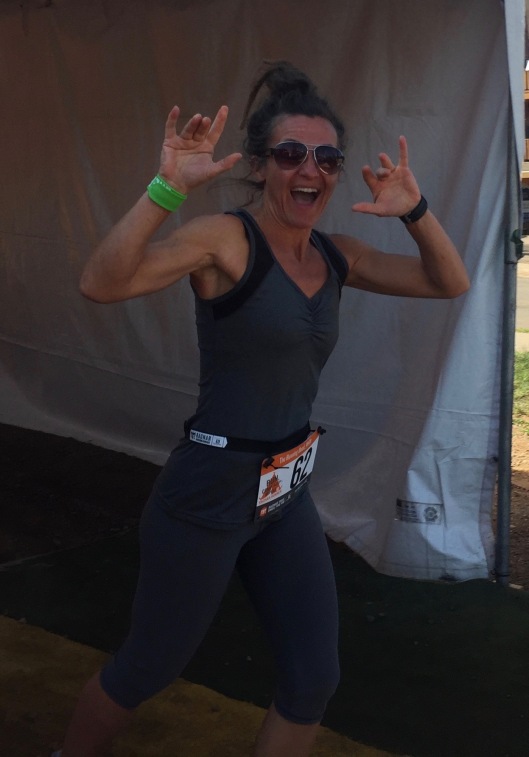 Jill is our third runner, pictured here starting out on the 6.2 mile red loop.  Jill came up early with her husband Stu and three kids, Julian 6, Stella 8, and Tessa 10, to setup camp for us. 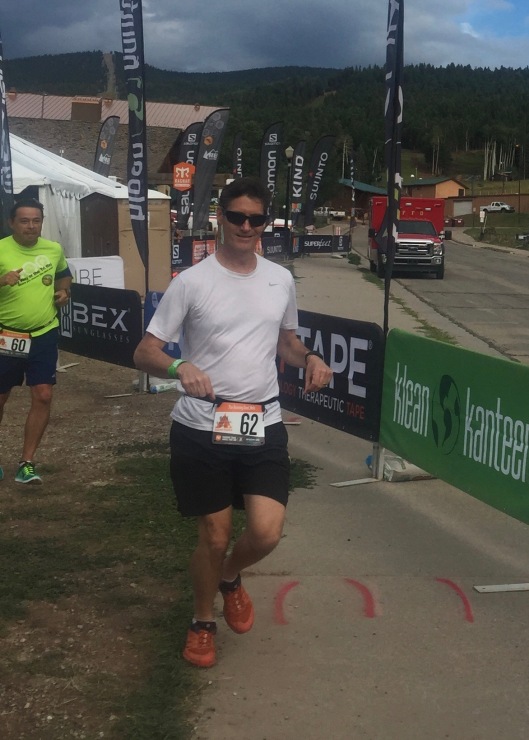 Keith begins the series of men following the women with the green loop again, as we rinse and repeat green, yellow and red eight times.

Steve follows Keith on the yellow loop.  He organized our Running Dead relay team for this trail race.  Steve grew up in New Mexico and doesn’t need much of an excuse to visit.

Stu follows Steve.  His goal for his three runs is to beat his wife, Jill’s time.  I think he’s successful, but not by much. 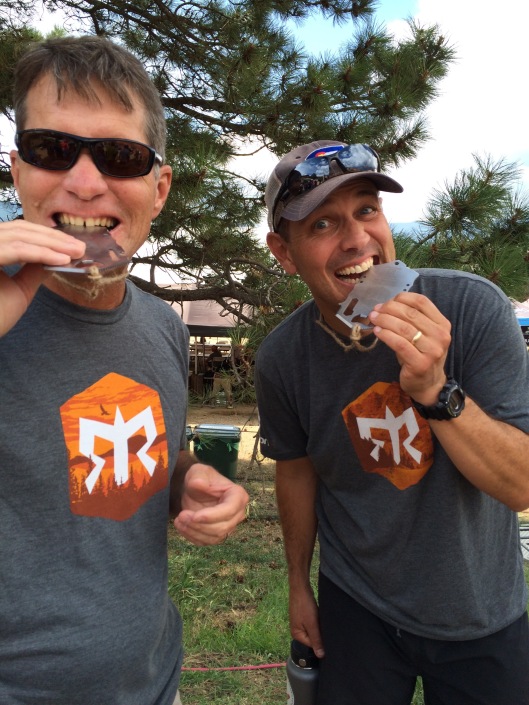 I can’t get a running photo of Brian, because I always have to take the baton from him.  Here he is though, apparently biting his finisher medal.

I’m the eighth and final runner.  My first two runs are in the dark, 10pm and 5:45am.  I finish with the long red loop at 1pm, the entire team crossing the line with me. 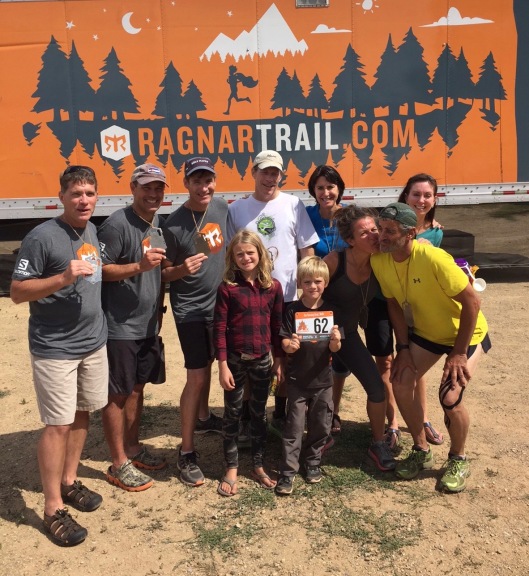 Running through the night might not appeal to everyone, but we had a seriously fun time.  Because it was Jill’s birthday, and we were in New Mexico, there were lots of tequila shots.   The team is waking up now Sunday morning, eating oatmeal and peaches.  The plan is to eat lunch at one of Steve’s favorite Mexican food restaurants in Taos on our way home.