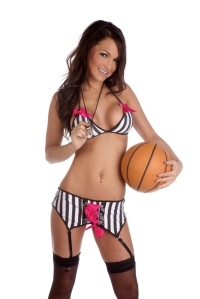 Who  doesn’t like high school basketball?  Basketball was so big in my hometown as a kid in the ’70s that Cheech and Chong’s Basketball Jones was the top song of the year.  Going to the high school games in small town Iowa was the equivalent of Friday night lights in Texas for football – the gymnasium would be packed and the atmosphere raucous.  Having my older brother play on the team made it that much better.

I’ve gone to a couple of Niwot High School basketball games this season to watch my neighbor Henry play.  The crowd is a bit thinner than my memories as a kid in Iowa, but then that’s usually the case in Colorado as everyone is outdoors performing their own activity.  At this time of year that would be snow boarding or skiing.  Tonight though was special.  The crowd was larger than average because Niwot was playing cross town rival Silver Creek.  These two teams are fairly evenly matched.  Niwot is maybe better on paper however all but two seniors are injured making the teams more on par.  In fact, Silver Creek is visibly taller and they have a couple of football players.

Silver Creek completed half time with a small lead.  And by the end of the third period had a ten point lead.  But the fourth period was Henry time as he scored ten points and led Niwot to a one point victory.  The lead changed like a million times in the fourth.  Well, maybe less considering the final score was 49-48.  But it was back and forth.  It was so exciting all the fans were standing and the student section rushed the floor at the final.  Karen and I sat with Henry’s parents and several neighborhood couples.  We all went together afterward to the Pump House for drinks and dinner.  Great live sports night!