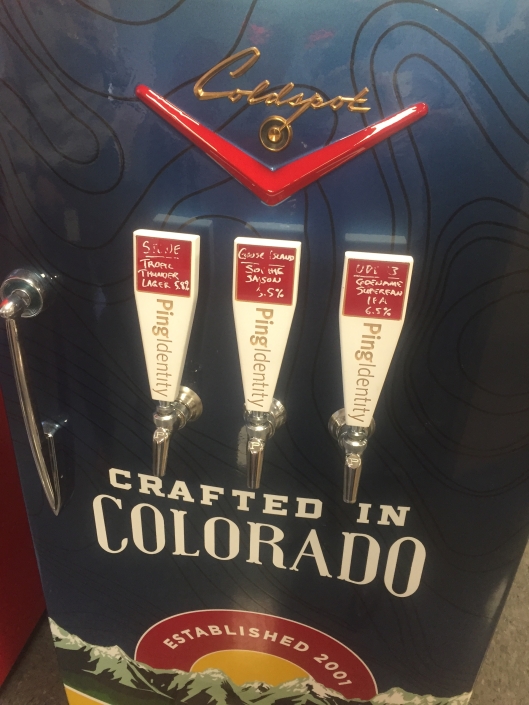 PING is one of the best acronyms ever.  It’s a tech spec, RFC 1739, that means Packet InterNetwork Groper.  It references when you validate the online existence of an IP address.  You ping it.  Techies also use the term colloquially in place of the word contact, as in ping me instead of contact me.  And, Ping is the name of the firm I sat down in Friday afternoon to be interviewed for the Colorado=Security podcast, by Robb Reck.

I drew a pint of the Codename: Superfan IPA by Odd13 Brewing.  At 6.5% ABV, it contains the hops Simcoe, Citra, Amarillo and Equinox.  I then esconcend myself in Robb’s office to be interviewed for my cyberwar tech thriller, Full Spectrum Cyberwar.

The talk was a lot of fun.  I forget which parts were recorded, but inevitably, when two old tech guys sit down to talk, the conversation turns to who they’ve worked with and where.  It’s nostaligic and fun, and then of course, what writer doesn’t like to talk about his book?

Being the CISO of Ping, Robb gave me grief over my storyline that characterized a CISO as the first bad guy.  Technically, I say Claire was an unwitting bad guy.  And I feel I should score points for representing women in tech.  You read it and tell me what you think.

Saturday night was even better.  The Jaggers hosted performer Jill Sobule at the house.  Jill was highly entertaining, and had us all singing along with her.  I just downloaded her latest album, Nostalgia Kills, because I liked her music that much.  Before the performance, Jabe passed around a hat for a young girlfriend with stage 4 cancer.  Jabe gave an impassioned plea that would have won the war for the allies.  Hoping the best for Sara.

I’m currently sitting at DIA, waiting for my delayed flight that I woke up for at 5am.  If any of my tech buddies are attending the Palo Alto Ignite User Conference this week, look for me at the CenturyLink Cafe.  I’ll sign a copy of my book for you.