Another sunny 20° morning in Eugene.  Another trail run.  I gear up this time with the girls.  The girls hike up Spencer Butte with Karen while I run up the mile long route to the top, and then amble another 3.5 miles along Ridgeline Trail to Fox Hollow and back. 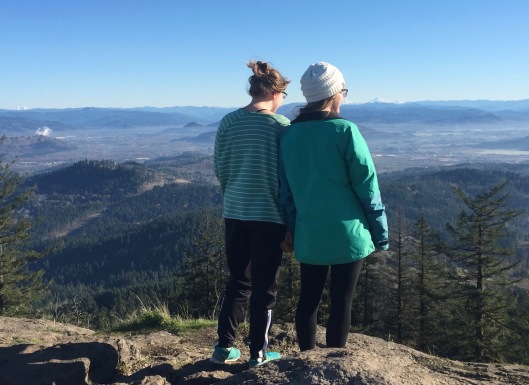 The views atop Spencer Butte are spectacular.  Clouds carpet distant valleys before reaching snow-capped peaks.  This photo shows the Three Sisters to the right of Brit and Bachelor to the left of Ellie. 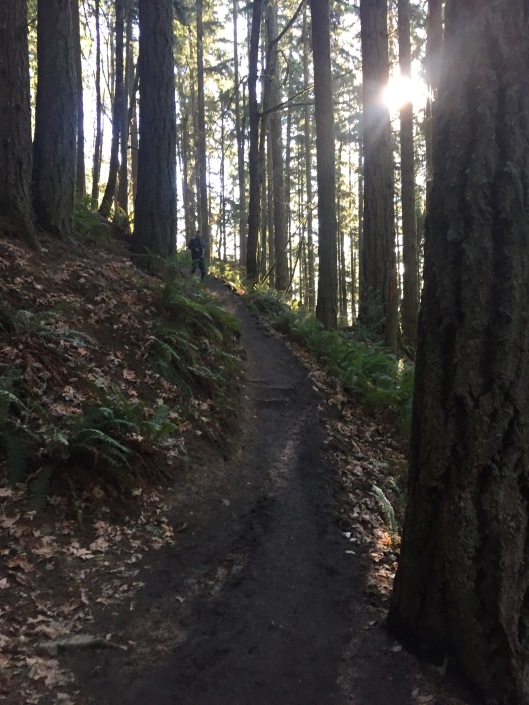 Loping across Ridgeline Trail felt like a jaunt through Middle Earth.  Massive Douglas Fir trees filter the sun onto the supple dirt single track.  Very few rocks allow for fast speeds.  The rolling hills might slow down a lowlander but my heart rate barely noticed, having been conditioned for high altitude.  The rise up Spencer Butte was steep but Ridgeline Trail consists of what I would term slopes.  I likened yesterday’s run on Pre’s Trail to Austin’s Town Lake.  Ridgeline Trail is more like Austin’s Greenbelt, but without the rocks.  This is a dream run. 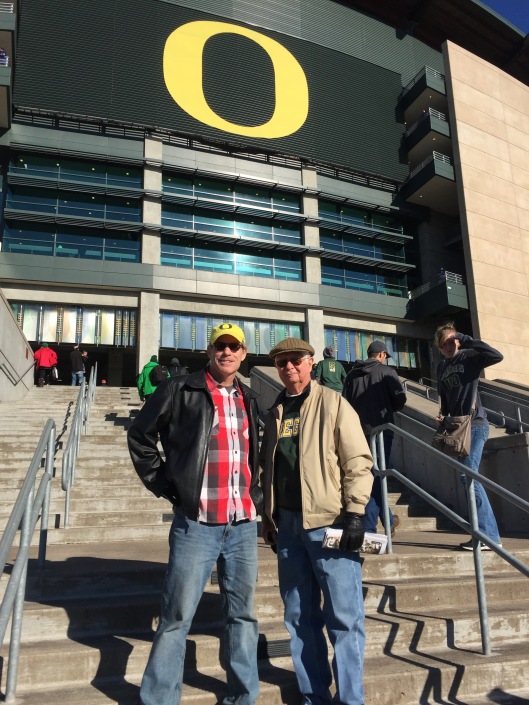 My trip to Eugene has been wonderful.  Incredibly, full sunshine every day.  I even got to visit some Animal House lore as they nickname the Duck’s Autzen Stadium the Animal House.  Pac-10 flags can be seen flying inside the stadium during the movie, although Faber College was supposed to be located in New England.  They joke about the rain during Duck games but I will tell you this is the coldest stadium in the country.  The announcer quipped that the temperature was 40° in the small sunny section of the stands while the rest of the stadium in the shade was 40° below zero.

Great trails.  Awesome town.  I plan to return during the summer.