The French have their wine.  Russians have their vodka, the Brits their gin.  Runners have beer.  We think of it more as a food source than hydration, but like the libational cultures listed above, we drink it mostly for its communal properties. Say what you will of Colorado’s highly cultivated strains of indica and sativa, before the Internet and Facebook, beer invented social.  So it should come as no surprise that this morning’s Sole Mates 5K and Brewfest actually began last night during the race packet pickup at Shoes & Brews.

If you don’t already know this, life is better with beer.  Beer is better with friends.  And beer with running is a dream team. That Ashlee and Colin decided to open up a specialty running shoe store with a taproom surprised no one in Longmont. They think they were so clever. I think they were idiots for not doing it sooner.  Imagine walking into a pub where absolutely everyone is dressed like a runner, sports an unusually small ass, and even smells like a runner. No pretentious bullshit in this taproom, unless maybe you start discussing patrons’ times on the 800 meter beer board. 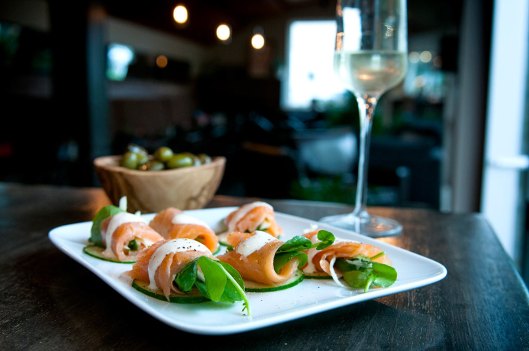 Ask yourself, how many packet pickups have you attended in a taproom?  Oftentimes they are arranged along with a vendor expo, sort of like walking through the gift shop at the end of a Disney ride.  But a taproom loaded with runners?  And the next day’s race isn’t scheduled until late morning at 10am?  This is the genius of Ashlee and Colin.  Karen joined me in the taproom since we picked up my race packet on our way to dinner.  She was happy to discover they also serve a Chardonnay.  I drank the one beer they brew onsite – a Lumbersexual Flann-Ale.  Think an Urban Woodsman meets Northern Brewer.  Tastes and smells like a musky hipster sleeping in your malt room on a cold winter’s day.  I stole that description from their menu.  Karen and I continued on to dinner, meeting up with Brit and Ellie at Tortugas.  Then Chris and Renee showed up and joined us.  After dinner, we gathered with more friends at 2020 in our neighborhood.  At some point I switched from beer to wine, but I don’t think that challenges my metaphor for this weekend’s race.

This 5K runs from the Left Hand Brewery on Boston Ave., to the Shoes & Brews Taproom.  And they are pitching it as a brewfest.  Despite the cool 40° weather, well over 300 runners line up.  Good call as there is little wind and full sun.  If I were running farther than 3 miles, I wouldn’t bother with tights.  But I do wear running tights, a long-sleeved Under Armor jersey and running hat.  Feels perfect.  Chris and his daughter Julia took these pictures as they volunteered as road marshals around the 2 mile point.

Either they didn’t do the math or they didn’t care about squeezing 300 plus runners onto a hike & bike trail, but Keith and I weren’t able to start anywhere close to the line.  This forces us to run slow the first half mile and I can’t complain.  I end up running a PR 19:54 – a 6:25 pace – and took first for my age group.  The slow start no doubt contributed.  I wasn’t even tired at the end, even though I finished strong.  Warming up with a slow start and gradually increasing your speed results in the best running experience.  I’m surprised I was able to do so well with such an exceptionally slow start.  I didn’t wear my Garmin and wish I knew my mile splits.  Doesn’t matter, felt great.

Not sure if Keith ran a PR but he ran well too.  That’s Longs Peak in the background above as Keith kicks it in.  That’s assuming you’re even looking at Keith and not that girl’s glutes.  I consider well-formed runners more art than sport.  Susan seemed to enjoy her run along with Abbie and Heather.  Those are all the friends and neighbors I saw.  It doesn’t take long to finish 3.1 miles and by 10:30am, we’re all gathered in the Shoes & Brews parking lot listening to live music and drinking tap beer.  I begin with a couple of Introvert Session IPAs 4.8% ABV from Left Hand Brewery.  Before long, I’m drinking their Milk Stout Nitro 6% ABV.  It’s not nearly noon and I’m lit up like a firefly.  Fortunately I’m not driving as we leave for lunch.

Abbie is on the left and Susan the right in the above photo.  Abbie ran with her sister-in-law Erin.  We lunch at yet another brewpub – Longs Peak Pub & Taphouse, where I quaff a couple of F.Y.I.P.As.  Yes, that stands for Fuck Your IPAs.  It’s an adult menu.  I miss the initial joke but somehow I get served water in a kids cup and so they think it’s funny to continue serving me in kids cups.  I seem okay with it. 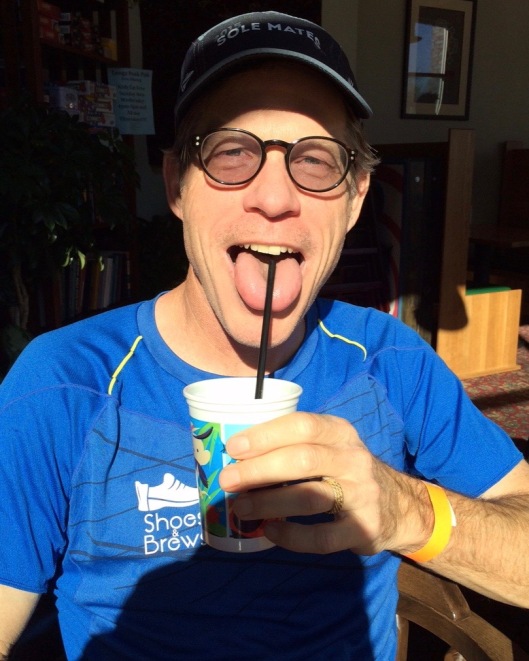