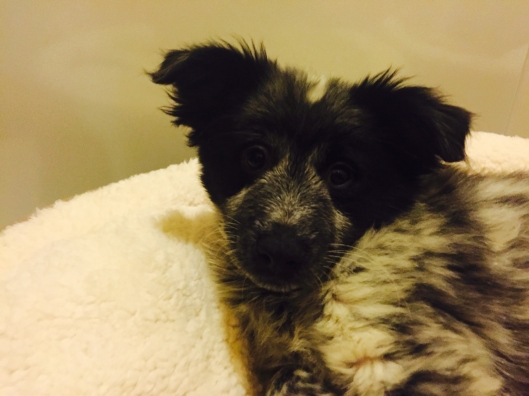 I began my taper for the Austin Marathon this weekend.  Twelve mile run Saturday, down from twenty.  And a bit shorter snowshoe today.  My winter-style taper means only running about four days a week, and snowshoeing.  If I think about it, I probably have only been averaging four days of running per week all throughout January.  This year launched the start of the next ice age and conditions have been treacherous.  Saturday’s run was at a comfortable pace.  My legs were heavy from a hard run Friday, so it was mostly a recovery pace.  I loosened up on the return and squeezed in two tempo runs.  Weather was ideal.  Planning on a similar run next Saturday. 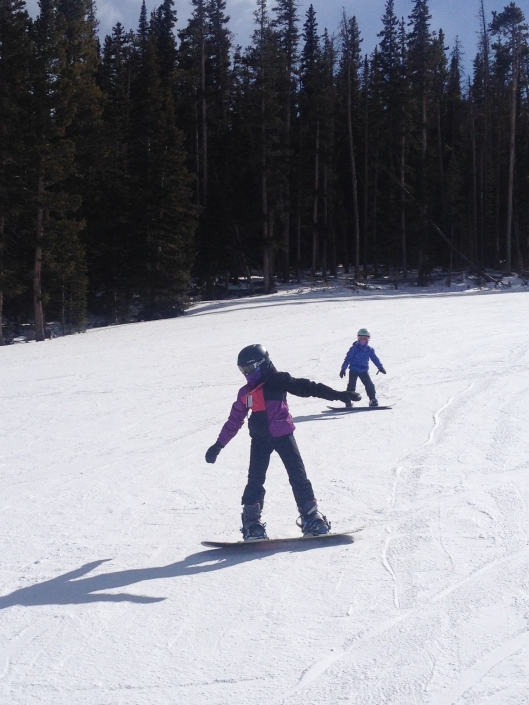 The girls had a great day snow boarding.  We drove out of Boulder Valley across icy roads and under heavy snow clouds.  Canyon Drive up to Nederland was crawling at 35 mph.  But Eldora Mountain Resort was somehow above the clouds.  Full day of sunshine and minimum wind.  Ellie and Emma are becoming comfortable on their boards.  Pretty sure I know what we’ll be doing over spring break.  This first picture is of Emma, the second is of Ellie.  I didn’t get any shots close up.  I got yelled at for being on the hill without skis.  No pics of me today so I’m giving you a photo of one of our new puppies. 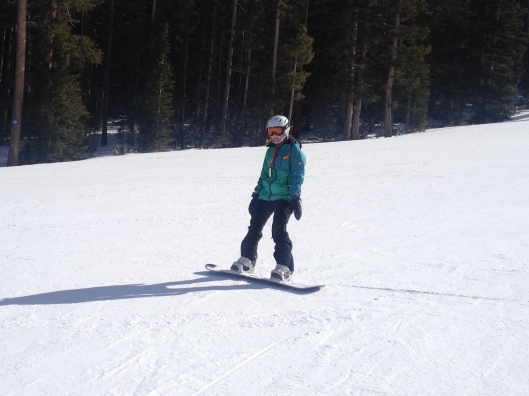 I tapered a bit on my snowshoe today as well, keeping it under two hours.  I took the middle loop for the first time – Snowshoe Hare Trail.  This was too short so I worked in some other smaller trails as well.  The Snowshoe Hare Trail is the newest for the Nordic Center, and I would say the prettiest in terms of trees.  All the trails are hilly.

We made it home in time to watch the Super Bowl.  I made a beer cheese recipe I read in Saturday’s paper.  There were three other queso dishes at the party, so I probably shouldn’t be upset that my dish was only half eaten, but I didn’t care for it.  The texture is odd.  Susan suggested melting the cheese and I agree.  The story in the paper said that serving the dish warm is sort of a new spin on the recipe, otherwise it is historically served cold.  I also improvised with a seasonal ale I had from Austin called, Yule Shoot Your Eye Out.  Maybe not the best pairing with Cheddar.