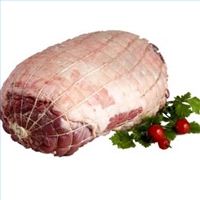 I know, not my typical running pic.  But when I say I really enjoy the outdoors, that includes grilling.  And I’ve got a 5 pound bone-in leg of lamb on the rotisserie right now.  I ran 12 miles earlier today on the East Boulder Trail.  Why wouldn’t I enjoy some of Colorado’s famous mutton after such an extreme calorie burning endeavor.  I love lamb.  I love red meat.  I haven’t been eating as much of it since Karen started cooking most of our meals again.  I don’t believe runners need a high-carb diet.  I’ve always been pretty good at listening to my body; and after massive runs like today – my aching knees, muscles and joints are screaming for some fatty meat.

With that said, I am going to try to diet somewhat going into February.  The Austin Marathon is in 21 days and I’m a bit heavier than I was last fall when I ran the Denver Marathon.  I’m not looking to set any records.  I scheduled this to motivate myself to run through the winter and I’ve done that.  I just want to feel comfortable.  Losing five pounds would likely help.  I haven’t been consistent at lifting weights but I’ll try harder because I believe weights help too.  I believe a little strength training helps to avoid injury.  I’ve been reading some running blogs on the Austin course and apparently it’s considered hilly.  That’s the Austin I remember.  I’m not running hills during the week but I do on the weekends so I’ll be fine.  The course begins with a 300 foot climb in the first two miles.  I like that because it almost forces you to start out slow as you should.  The course then drops back down over the next 4 miles.  This is followed by a 12 mile climb back up those 300 feet but after mile 18 it’s all downhill to the finish on Congress Avenue.  Nice.

My flight gets in too late Saturday night to pick up my bib and race packet, but my brother Steve said he’d do it on the way to the airport to pick me up.  I’ll be staying at my mom’s house in Round Rock.  Steve will no doubt try to talk me into hanging out at the Cool River but I’m smart enough not to do that.  Hopefully he won’t stay out too late because he’s my ride to the race the next morning.  If I didn’t have family in Austin I’d have stayed downtown, probably at the Driskill Hotel – that would be convenient.  I’ll remain in Round Rock at my mom’s house for a couple days after the race, my return flight is Tuesday night.  I can work from her house – she’s got wifi and high-speed Internet.  I learned from the Denver Marathon that I should do some walking the first couple of days after the event to work out the lactic acid and loosen up.  It’ll be interesting to see how well I recover.  That will demonstrate both my level of fitness as well as my post race experience.

3 thoughts on “Leg of Lamb”