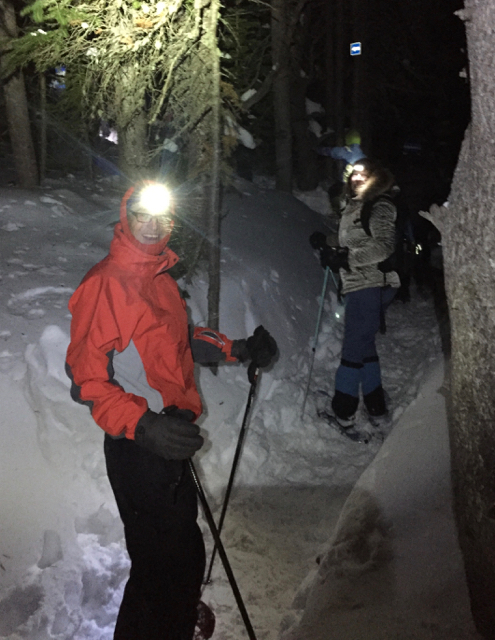 Another snowshoe season has begun.  I kicked things off with a night time jaunt around Brainard Lake with nineteen other like-minded friends and neighbors – Keith and Kathryn pictured above included. 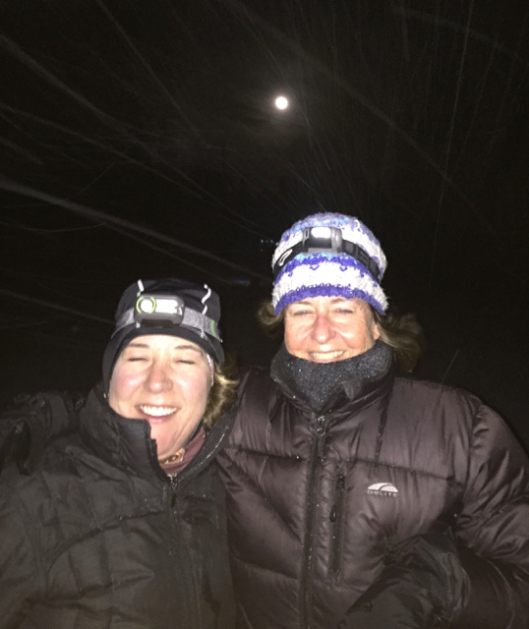 We had a bit of a late start waiting for Heather.  She delivered three babies the day before and another long day Thursday, but she made it.  The idea was to snowshoe under the full moon, seen here shining through the clouds.  Behind everyone else, I turned my headlamp off on the return.  Deep in the dark woods, I found it peaceful. 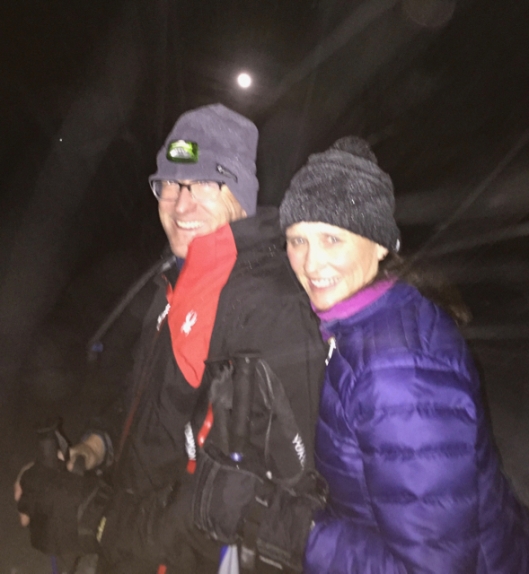 The white streaks are from snow screaming through the night air at thirty miles an hour.  Hurt when it hit you full in the face.  Scott and Julie brave a moment facing into the wind here for a photo.  Scott had the foresight to bring along a flask of Makers Mark.  That’s why we’re friends. 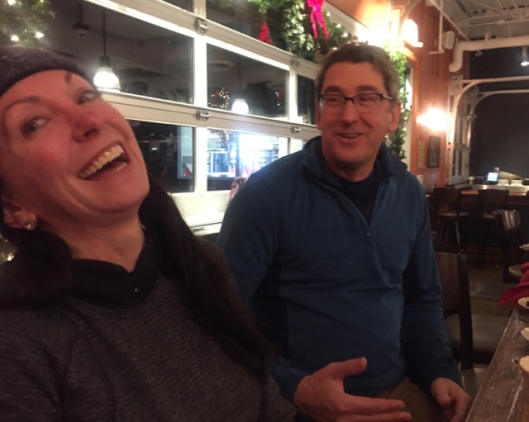 I made some new friends on this outing, Clay and Charlotte, fresh to Colorado from Massachusetts.  All twenty of us ended up at Avery Brewing after 10pm in Gunbarrel.  I quaffed a couple of their Full Day IPAs, the name capturing the essence of my 50-hour,  four-day work week.  This photo of Jen and Scott is after an IPA or two.