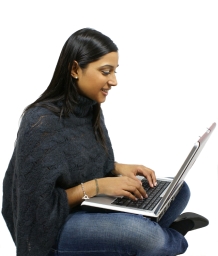 Jayashree asked the man she was fairly certain was the lawyer, “Will your partners be joining us?”

“No, I’m acting in the capacity of Counselor representing my clients,” he sat down as she did.  “I appreciate you being so flexible in your schedule.”

“No problem, but I’m a little uncomfortable meeting without my partners.”

“Understood Jayashree, but I don’t want you three becoming defensive and arguing amongst yourselves.  I will talk to Raj alone later today as well.  Of course I’ve already spoken to Shankar.  I assure you however that I’m not going to ask you to commit to anything without first gaining consensus among your partners.”  The lawyer paused to pour a drink of water and served a glass to Jayashree as well.  My first point is to express to you that this is just business.  You should not take this personally as my clients maintain the greatest respect for you and your team.  This legal mechanism is necessary because we are still two discrete companies.”

Jayashree was not listening close enough to catch the lawyer’s drift.  Or she didn’t really care yet.  “You’re suing us to take our company away from us.  Your clients are foot wipes to me.”

The lawyer found Jayashree’s language offensive but understood her tempestuous behavior to be typical of young software developers.  He remained professional.  “We are not stealing anything Jayashree.  Technically, you might consider this a hostile takeover.  And don’t think of that as such a bad thing.  It implies you will be recompensed for a very favorable sum.  Let me explain.”  He took a sip of water and knew he now had her attention since she didn’t retort back to him during his pause.  “During our last round of funding, we gave Shankar several share dilution options.  Did he explain this to you?”

“He just said the funding would last for about one year and that it diluted our shares down to 50% of the company.”  Jayashree was still hostile but the discussion was out of her area of expertise and any semblance of humbleness or cordialness was due to that fact.

“Well apparently he decided for himself, but we offered him various levels of dilution up to 100%.  Our offer to completely buy ownership was for $172 million rupees.  Don’t be upset with Shankar because now we are prepared to offer you $500 million rupees.  That will make you fairly wealthy.  But also, I meant what I said earlier about us still respecting your abilities.  We want you to stay on in your current capacities.  We recently doubled your salary to $512K rs per month.  That puts you on the very high end for software engineers in this country.  But we are prepared to pay you more in line with being a CTO.  We will offer you $2M rs per month.  We’ll quadruple Raj and Shankar’s salaries as well.  As upset as my clients are that we not only lost a bid to this Balamohan character and we now have competition; we are comforted knowing we have a pipeline of customers that ensures some very nice profits in our future.  So, that’s the deal.  Granted, it’s a hostile takeover, but accept it and we drop the lawsuit.  What do you think?”

“I’ll think about it.”  Jayashree left the building in a dazed ecstasy.  She was close to realizing her dreams.