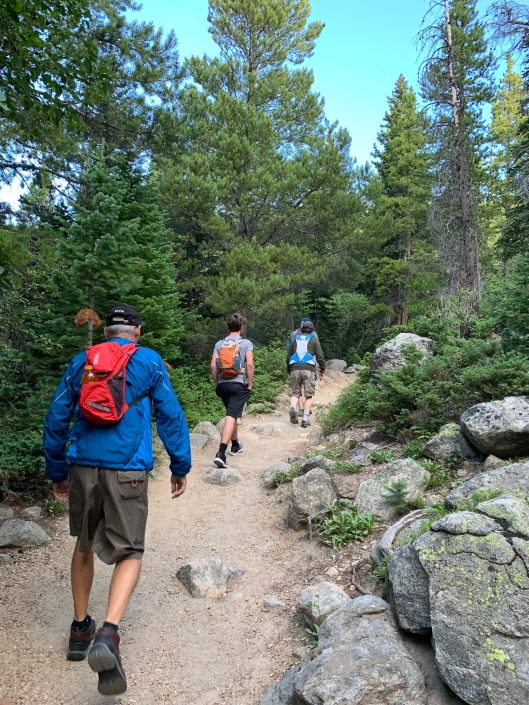 Estes Park was an ideal wedding venue for out-of-state guests who enjoy the outdoors, because the town is the gateway to Rocky Mountain National Park.  Eric’s father Doug, and my niece Jessy’s husband Bryan, went fly fishing.  No doubt, some of the most gorgeous fly fishing in the world is in RMNP.  I took four Texans on a massive nine mile hike to the summit of Flattop Mountain.

You can see how well-groomed the trail is here at the start.  The Bear Lake trailhead was packed with over 100 cars, but very few hikers took our trail up to Flattop Mountain.  With 3000 feet of elevation gain in the 4.4 mile distance, it’s one of the park’s more challenging adventures. 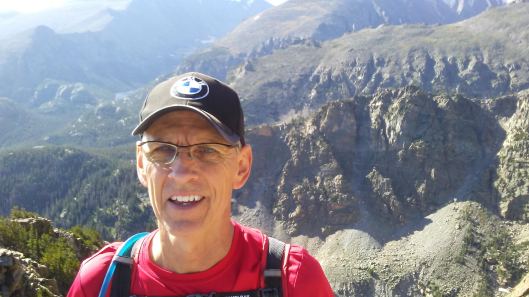 I extended invites to the two dozen or so friends on our private wedding FB group, and I had four takers – all from Austin, Texas.  I was confident these four could do it.  My brother Steve, pictured above, was the oldest in his low 60s, but he’s a Mahoney so I knew he was up for it. 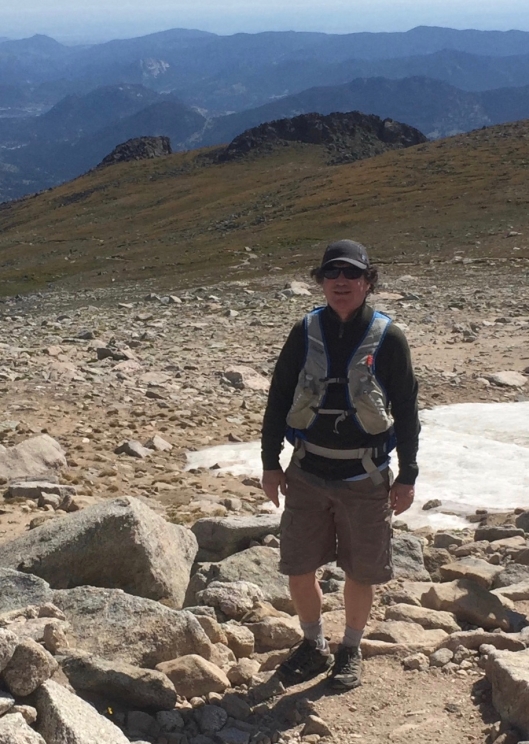 Karen’s brother Steve, pictured here above tree line, still rocks Austin with his band the Rite Flyers.  He lives for epic stuff like this. 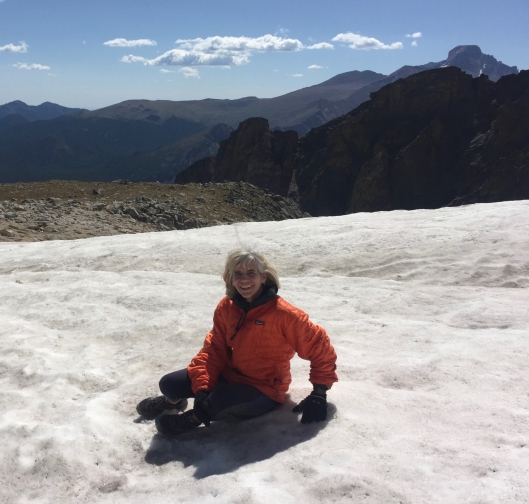 An avid athlete, Laura doesn’t shy away from adventure.  She is so fit, I don’t think she noticed the altitude rise from 9400 feet at the trailhead to 12,200 at the summit.  She did comment on the cold winds up top, but then she had just left 105° in Austin. 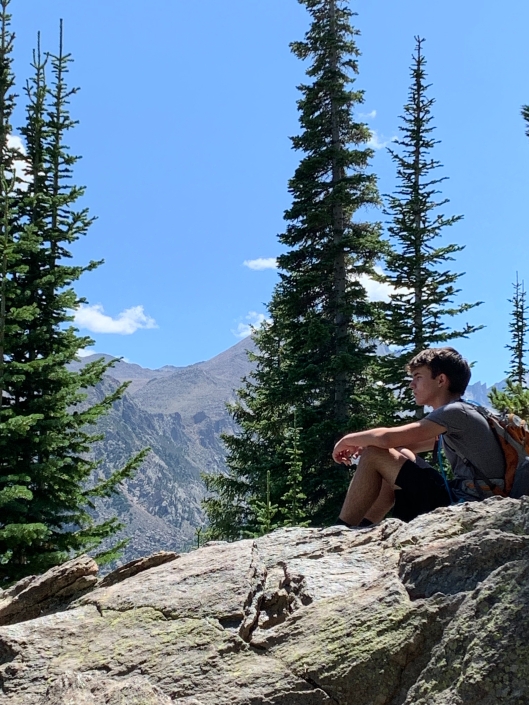 Laura’s seventeen-year-old son Zac is so fit, he appeared to climb this hill sitting down.  I’ve been on trails with him before and he’s an experienced hiker. 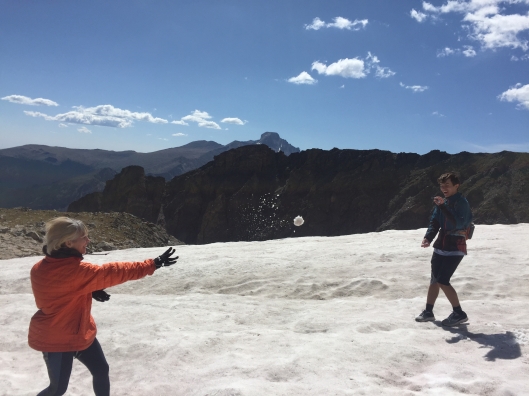 With Longs Peak as a backdrop, Laura clearly won an August snowball fight with her son. 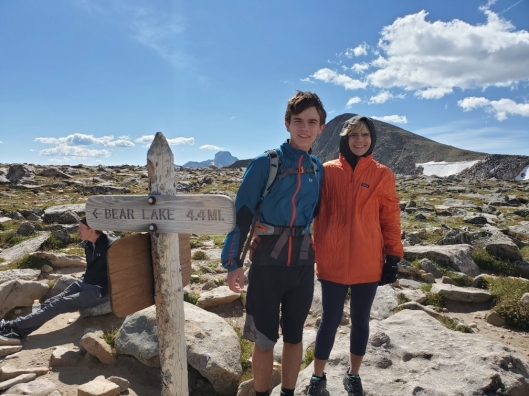 Laura and her son were naturally the first to summit Flattop Mountain.  The two Steves and I maintained a more gentlemanly pace.  Other wedding guests still enjoyed the outdoors by wandering around Estes Park and some of the nearby trails.  The five of us will remember Brittany and Eric’s wedding for this epic hike.

2 thoughts on “The Wedding Hike”