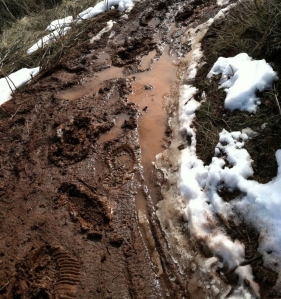 We’ve had some rain and snow the last couple of days.  That doesn’t help the trail conditions but the cool weather is a decent trade off.  This morning’s twenty mile run began in a crisp 43°.  It finished less than three hours later still under 60°.  The cool clime contributed to an 8:33 pace.  Twenty seconds per mile faster than last Saturday.

This is my final tough workout before the Boulder Marathon on October 5th.  Hoping for similar weather then.  I only drank one liter of Scratch and consumed the same quantity of Hammer Gels as last week – three for a total of 240 calories.  I plan to double that during the marathon.  I burned about 3000 calories and lost five pounds in two hours and fifty-four minutes.  An hour later, I feel great.  I’m ready.

To let you know, the race starts from the Boulder Res at 7:15am.  The course loops through the res again at the half.  Chris Price should be coming through the res on his first half at 8:45am.  I expect to pass through at about 9:00am.  Come out to support us and take pics.  Chris is pushing to break 3:20.  I hope to finish in 3:45.