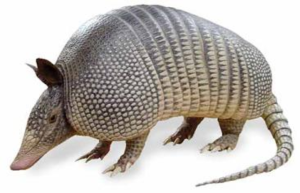 I fly home tomorrow from ABIA at 1:30pm on Southwest flight 365. From a foodie’s perspective – one of the world’s best airports. I’ll plan for lunch after passing through security. I have to pay a small fare increase for delaying my return a week – but hard to complain with a $200 round-trip ticket. That’s like a dime per mile. And my return flight is now direct and no longer transfers in Houston.

I had some fairly straightforward expectations of this trip. High-level – spend quality time with my mom. She’s 78 and has more than her fair share of maladies slowing her down. I thought I could get into her routine. Handle things as they come up without the rushed pressure of the holidays. And of course I could become aware of important financial matters – at the level of logging into her online accounts, etc. – as I will be the executor of her estate. I even thought my brother might benefit. He lives with her but has his own house and no doubt would appreciate a month off.

And my expectations were mostly met initially. It’s almost spooky how we both start our mornings with coffee and the newspapers. We even subscribe to the same stuff – local paper, WSJ and Barrons. Although I cancelled my local paper recently because I didn’t have sufficient time to read it. And our favorite network is CNBC. But it’s like a holiday here because my mom has CNBC on 24×7. Ellie won’t allow that at home. My mom and I have totally different personalities, but oddly similar interests – cooking and gardening included.

I even got to hang with her friends. We meet the Desormeaus and Bill Scott for breakfast each Sunday morning and then attend church. I’m now friends with Dave and Barb on facebook. Dave is an ex-IBMer. Both are mile-a-minute New Yorkers who won’t let me buy a meal. Bill turned me on to the free version of anti virus software Microsoft makes available for download called Essentials. I used it to replace Norton AV on my mom’s computer. Norton was slowing it down more than any actual virus or spyware. The result was fantastic and the bonus is it’s free. 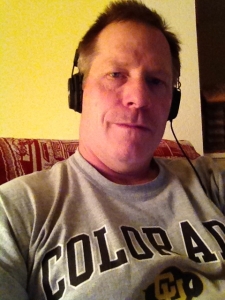 My mom generally went to bed early but sometimes she’d stay up and we’d watch the first season of Downton Abbey which I bought for her on DVD for Christmas. What old lady doesn’t like that show? Otherwise I’d do some work or put on my Marshall headphones and listen to a playlist while cruising facebook or blogging. This is a pic of me blogging this post right now – but is indicative of me any night of the week while here.

I also got to cook for my brother and sister a few nights, as well as my mom’s very good friend Irv. The first time I cooked pork chops, I followed my mom’s recipe. The second time I did it my way. Same thing for a couple of roasts. I like my pork chops style more but my mom taught me a thing or two about cooking a roast. She liked my grilled asparagus and steamed spinach with garlic. And I squeezed in the Austin Half Marathon which turned out much more pleasant than last year’s run of the Austin Full Marathon. I’ve been running almost daily on the Brushy Creek Regional Trail – an amazing path that meanders for nearly seven miles along Brushy Creek and Harry Man’s Road.

I have to thank Karen for holding down the fort in my absence. She drove Ellie to her singing lessons on Tuesdays and Saturdays. Held sleep-overs for Ellie’s friends. Took out the garbage and picked up after the dog. Her thanks is that she is now one step higher up on Jack’s pecking order. We called every night but I couldn’t get Karen to match Ellie’s technical aptitude with communication. Ellie would video call me with facetime from her iPod Touch. I used to be concerned Brittany wouldn’t know what an album was. Ellie won’t know how to call without video.

It was Karen who convinced me I needed to take this trip now. Not a day goes by she doesn’t miss her mother who passed away entirely too young. And now the three weeks have stretched out to four as my mom became ill. I had to call EMS to take her to the ER. After nearly a week she was finally moved from ICU to a regular room and she was able to come back home today. Turns out working a week from the St. David’s Round Rock Medical Center wasn’t much different from working from my mom’s house – or my own basement office for that matter. Maybe Dell contributed but their wifi is totally pervasive throughout that campus and even the acceptable use policy statement works lightening fast. That hospital kicks ass over any airport I know of. Man, I can’t even complain about the AT&T signal for my iPhone.

My mom’s tremendous circle of friends all came through for her. Next door neighbor Beverly didn’t just bake me chocolate chip cookies – she dropped off a bag of over three dozen. I’ll be taking some of those home with me. I continued to meet the Desormeaus and Bill for breakfast. And I haven’t been sitting alone at the hospital. Mom has a wonderful support group.

The exercise wasn’t entirely bad for me. It started badly. As I called each family member outside ER the first day, I had to take longer and longer between calls to maintain composure. I called Karen last and couldn’t speak. My throat locked up and when it finally loosened, all I did was basically sob. I doubt I completed a full sentence the entire call. It was fairly pathetic but Karen understood. What was good was that I started to perform my mom’s routine of getting the mail, processing bills, monitoring online accounts. That will help me later on.

I’m excited to return to my family. No doubt this trip was more of a hardship on them than me. They experienced winter. Karen was a single working parent. I missed Ellie’s first science fair where she came home with top honors, but I’ll be home in time to catch her first public singing performance. It’ll be at this sound studio in Boulder but Ellie takes lessons with Monica Augustine at Wildflower School of Voice – a super voice teacher who is already teaching Ellie to compose her own songs. If Ellie lets me, I’ll post video of her performance on my YouTube account.